The Cathedral, located on Chapel Street in Salford, is dedicated to St John the Evangelist, who can be seen depicted in the floor mosaics and the stain glass, as well as our diocesan Patron, Our Lady of Mount Carmel. It is an important place of worship for the many Catholics around the Diocese. 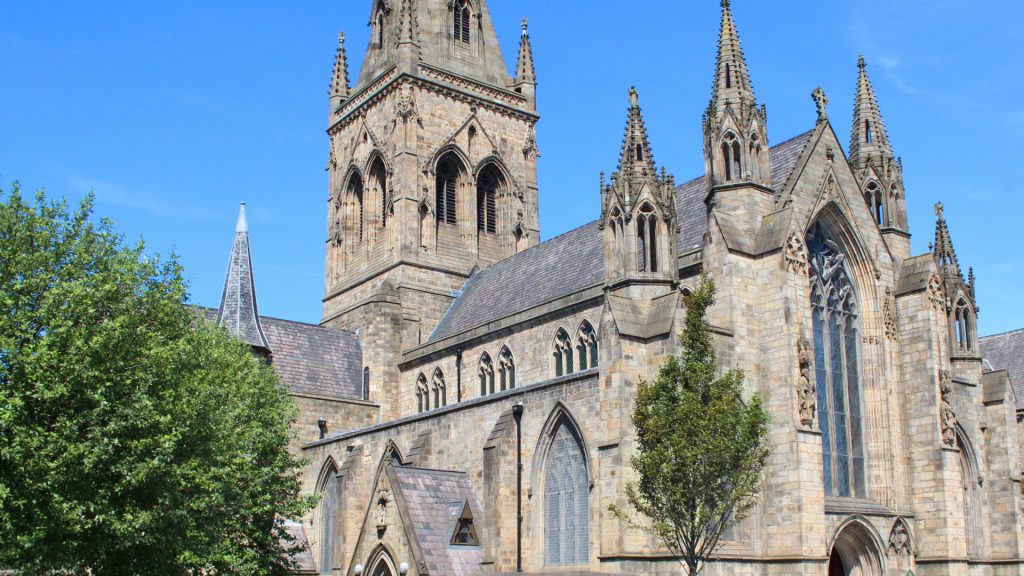 The foundation stone was laid on Whit Thursday, May 1844, by Bishop James Sharples, Coadjutor to the Vicar Apostolic of the Lancashire District. The architect was Matthew Ellison Hadfield of Sheffield, and Salford Cathedral is the largest and most significant of his works, being the first Catholic Church to be built in cruciform shape since the Reformation. Hadfield also designed other churches in the Diocese, including St Joseph’s, Stockport and St Mary’s, Burnley, as well as redesigning St Mary’s (the Hidden gem) in Manchester city centre. 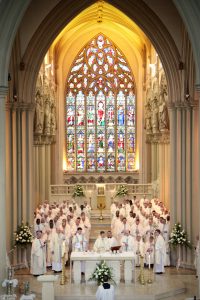 Its design was inspired by churches from around England and the Continent. For the West Front and Nave, Hadfield looked to Howden Church, Yorkshire.  The Choir and Sanctuary are influenced by the Benedictine Abbey of Selby from across the Pennines. For the spire (still the tallest spire on the Manchester skyline), he emulated the 15th-century church of St Mary Magdalene in Newark-on-Trent, and his design for the roof was inspired by that of the Church of St James at Liège, Belgium.

It was opened on 9th August 1848, by Bishop George Brown, who sang the Solemn High Mass, and Bishop Nicholas Wiseman, who gave a ninety-minute sermon (not something many Bishops have tried since!). In 1852, after the Restoration of the Catholic Hierarchy, it was raised to the dignity of a cathedral.

Since then, St John’s Cathedral has been at the centre of hundreds of diocesan celebrations over the years, and it is also a thriving parish. 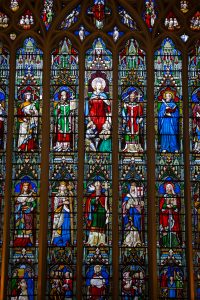 As we approach the 175th Anniversary of the opening of the Cathedral, we shall be undertaking a major refurbishment and celebration programme. Keep visiting the Cathedral website for updates on this project!