Prayer is something we all need to do as Missionary Disciples. The Holy Spirit is the prime agent of evangelisation and works through us all. He will inspire, guide and strengthen our mission to share the Good News in our communities. Let us pray together as a Diocese for the success of the Hope in the Future Programme. 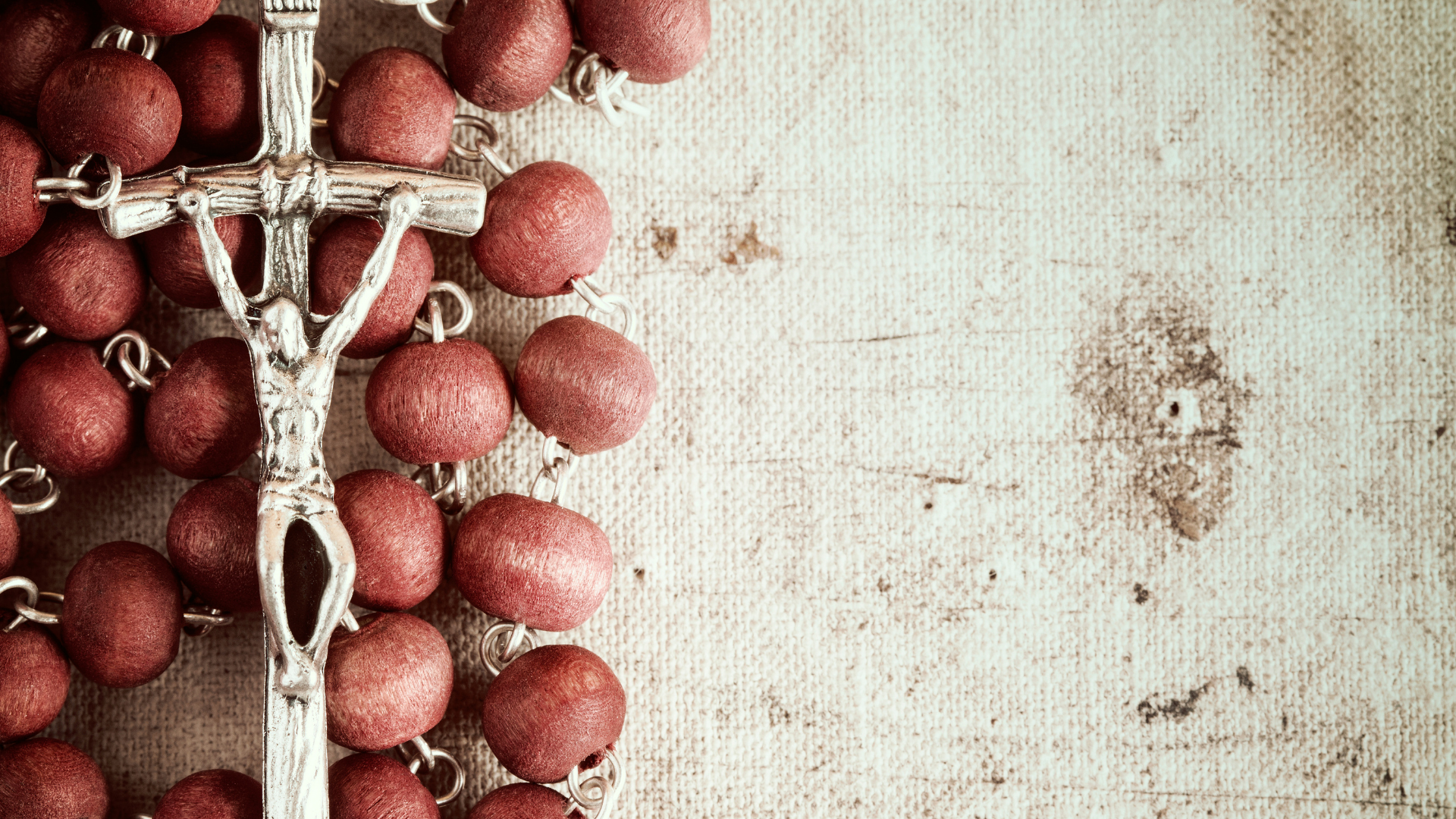 Here are some prayer resources to help:

Parish Novena to the Holy Spirit

First and foremost this process needs to be rooted in prayer and sustained by prayer which is why we are encouraged to pray for the guidance of the Holy Spirit. There is a particular novena as a resource to help us do this.

Eucharistic Adoration of the Blessed Sacrament

Spend sometime in prayer before Jesus truly present in the Blessed Sacrament asking Him what He wants you to do for your Parish and Diocese and please pray for the success of the Hope in the Future Programme. Exposition of the Blessed Sacrament takes place in most Parishes. ‘Nightfever’ takes place from 7pm-10pm at Holy Name Church, Manchester the first Friday of the month and at Salford Cathedral on the last Friday of each month. Here is a suggested Holy Hour Prayer Service you can use in your parish.

Prayer groups are a wonderful way to experience the love of God and build community. There are a number of prayer groups who meet regularly around the diocese. If you would like to advertise your prayer group on this page please email john.griffin@dioceseofsalford.org.uk.

Prayer to the Holy Spirit

Come Holy Spirit, fill the hearts of your faithful and kindle in them the fire of your love. Send forth your Spirit and they shall be created. And You shall renew the face of the earth. O, God, who by the light of the Holy Spirit, did instruct the hearts of the faithful, grant that by the same Holy Spirit we may be truly wise and ever enjoy His consolations, Through Christ Our Lord, Amen

A card to communicate that the carrier is a baptised Catholic has been distributed nationally as an initiative of the Department for Evangelisation and Catechesis of the Catholic Bishops’ Conference of England and Wales. You can download and print it here.

Parable of the Sower

The parable which underpins the Hope in the Future Programme is the Parable of the Sower (Luke 8:4-15) which you can read below. Our job is to keep sowing seed everywhere we go. Some will fall on good soil and grow whilst others won’t. If we just keep telling people about the Gospel we can leave the rest to God. 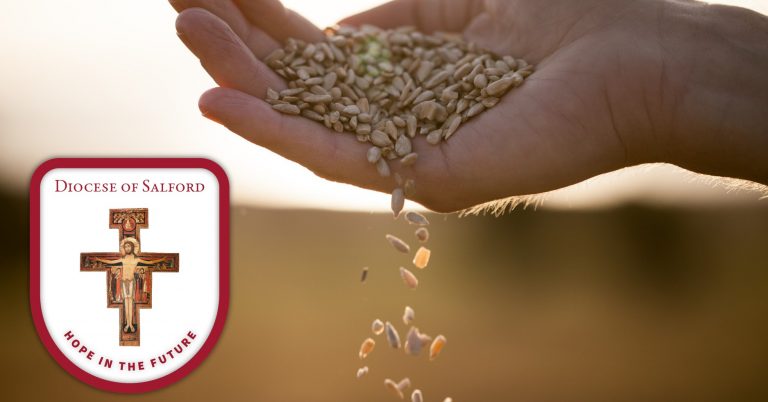 “When a great crowd gathered and people from town after town came to him, he said in a parable: A sower went out to sow his seed; and as he sowed, some fell on the path and was trampled on, and the birds of the air ate it up. Some fell on the rock; and as it grew up, it withered for lack of moisture.

“Some fell among thorns, and the thorns grew with it and choked it. Some fell into good soil, and when it grew, it produced a hundredfold.’

As he said this, he called out, ‘Let anyone with ears to hear listen!’

“Now the parable is this: The seed is the word of God. The ones on the path are those who have heard; then the devil comes and takes away the word from their hearts, so that they may not believe and be saved.

“The ones on the rock are those who, when they hear the word, receive it with joy. But these have no root; they believe only for a while and in a time of testing fall away.

“As for what fell among the thorns, these are the ones who hear; but as they go on their way, they are choked by the cares and riches and pleasures of life, and their fruit does not mature.

“But as for that in the good soil, these are the ones who, when they hear the word, hold it fast in an honest and good heart, and bear fruit with patient endurance.”

Hope in the Future Prayer 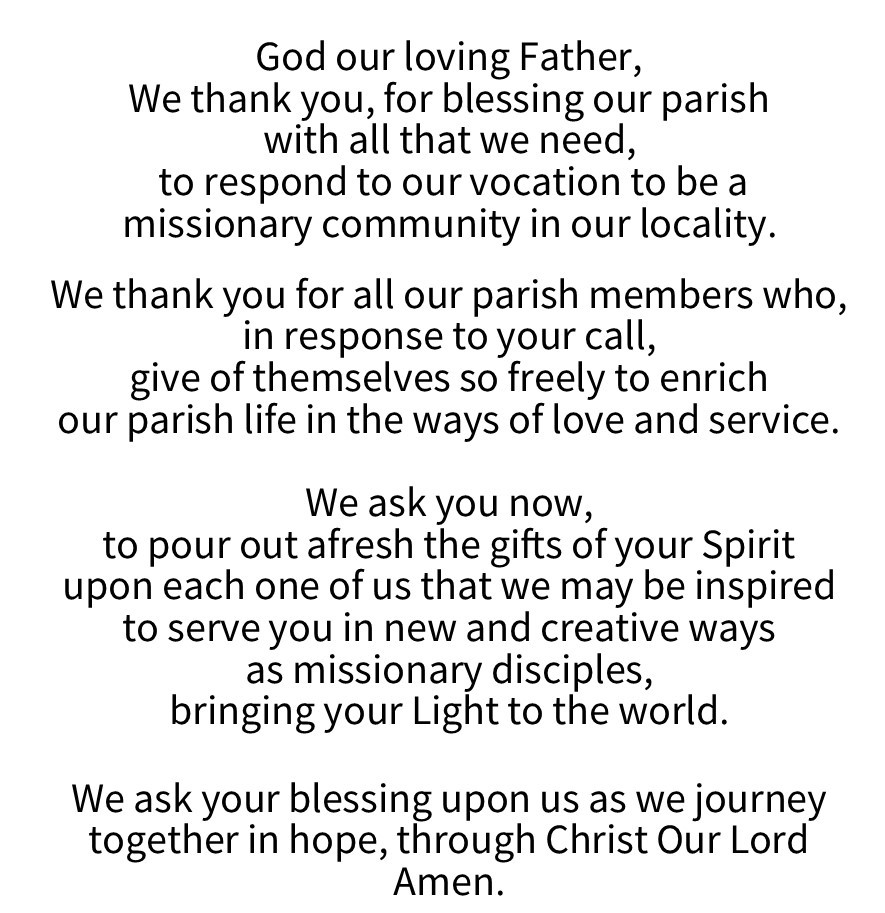 Hope in the Future Cycle of Prayer

Please click here to view our latest Cycle of Prayer for the Hope in the Future programme.