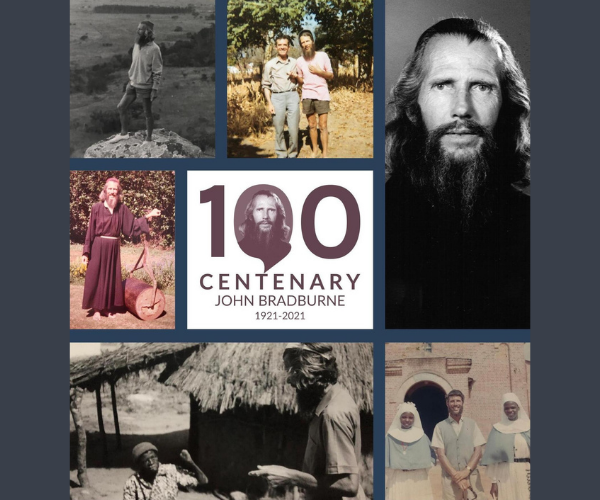 A major celebration is to take place this year to mark the 100th birthday of the man who could become the next English saint to be canonised.

Holy Name church in Manchester will be hosting a special celebration on Saturday 25 September to mark the centenary of WW2 soldier and Franciscan missionary John Bradburne.

John Bradburne was born at Skirwith in Cumbria on 14 June 1921 and was the son of an Anglican vicar. He served with the Gurkhas and Chindits in the Second World War and after a conversion experience in Malaya, he became a Catholic in 1947.

After many years wandering England, Italy and the Middle East, he finally found his calling as a lay Franciscan missionary in Zimbabwe and he devoted the latter part of his life to helping forgotten leprosy patients at the Mutemwa Leprosy Settlement.

He refused to leave the leprosy settlement during the Zimbabwean civil war and was abducted and shot dead on 5 September 1979.

Since Bradburne’s death, the settlement has become a major pilgrimage centre, with thousands gathering for Mass each year on the anniversary of his death.

In 2019, the Congregation for the Causes of Saints in Rome formally began the cause of his beatification.

St John Henry Newman became the first English saint in almost 50 years when he was canonised in 2019.

Bradburne is also in the Guinness Book of Records as the most prolific poet ever, having written in verse throughout his life.

Kate Macpherson, secretary of the John Bradburne Memorial Society, said: “John has been nominated for sainthood because of his amazing selfless work at Mutemwa with leprosy patients.

“John was the pilgrim who eventually found the meaning of his life not in the solitude he had long searched for but in living alongside [others], and trying his best to achieve justice so that people living with leprosy – amongst the world’s most marginalised people of his day – could live enriching and meaningful lives, praising God as he did.”

The centenary celebrations will take place at Holy Name in Manchester from 2pm on Saturday 25 September 2021.

Bradburne’s poems are being put to music by world-class composers to be performed at the event, while poems commissioned for his birthday will also be read.

There will also be performances by the Bury Choral Society, Zimbabwean Community Choir England and Wales, and the Band of the Brigade of Gurkhas.

Admission will be by ticket only. Click here for further details.

JBMS is also organising a Centenary Pilgrimage on Saturday 11 September up Cross Fell in Cumbria, where John Bradburne spent much of his formative years living. The Bishop of Lancaster will be joining the walk and saying prayers on top of the fell, to commemorate John’s 100th year.

To book your place and make your donation, please contact Kate on info@johnbradburne.com or call 07979 187498.